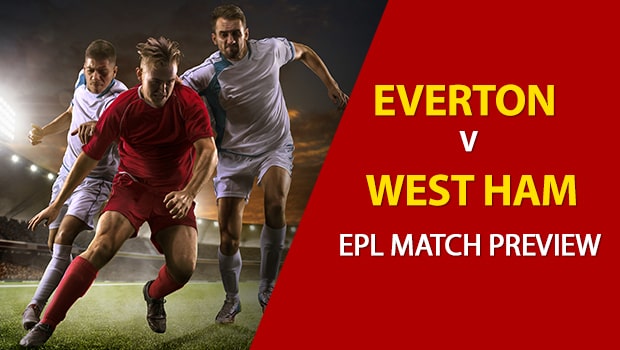 West Ham — after holding their own in a 1-1 draw vs Liverpool, and dropping just two points in their last five home league games — get set for a matchup with Everton this Saturday at London Stadium.

Betting on the Draw: Odds indicate there’s a 28.8 percent chance the match ends in a draw. There’s a draw in 29 percent of AccuScore sims, suggesting no real added side value on the draw.

Shots vs Goals: West Ham has been fairly efficient this year. They are No. 15 in the league in shots taken, but No. 10 in the league in goals scored. They make the best of their opportunities.

Gylfi Sigurðsson has a 31 percent chance to score for Everton. He averages 2.7 shots overall, 0.91 shots on goal per and 0.37 goals per sim.

Odds indicate there’s a 46.7 percent chance the total combined score stays below 2.5 goals. The UNDER hits in 52 percent of AccuScore sims. The UNDER is a 4-star (out of four) AccuScore hot trend pick.