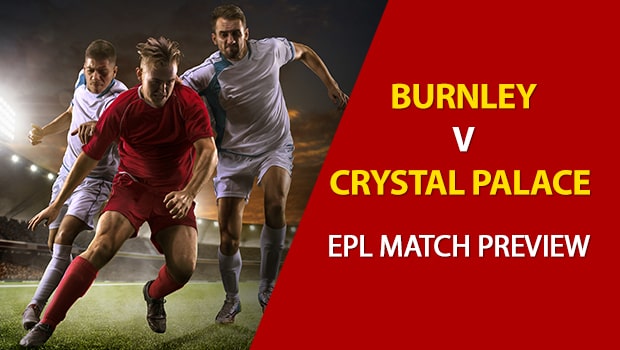 Burnley gets set to host Crystal Palace at Turf Moor this weekend.

Draw: There’s a 30 percent chance the match ends in a draw. There’s a draw in 25 percent of AccuScore sims, suggesting no added side value on the draw.

Total: There’s a 52.6 percent chance the total goes over 2, 2.5. The combined score hits the OVER in 54 percent of AccuScore sims.

Head to Head: These two sides last met in Premier League action back in December 2018 when Palace won, 2-0.

There’s a 36 percent chance Crystal Palace wins this match in regulation. They win over 52 percent of AccuScore sims, suggesting quite a bit of added side value on the Eagles. This is a 3-star (out of four) AccuScore hot trend pick.