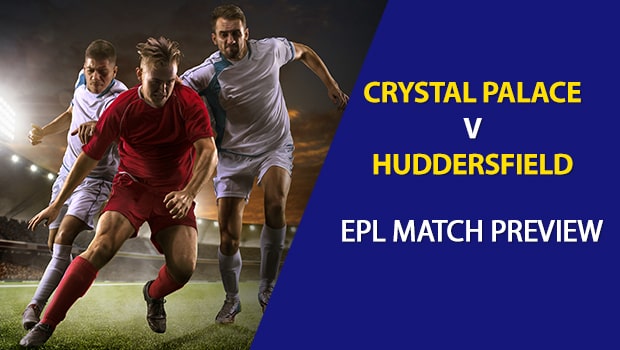 Huddersfield Town takes a trip to Selhurst Park this weekend for a matchup with Crystal Palace.

Betting on the Draw: Odds indicate there’s a 23.4 percent chance the match ends in a draw. There’s a draw in close to 27 percent of AccuScore sims, suggesting some added side value on the draw.

Town Strategy: When Huddersfield Town play, always keep an eye on Aaron Mooy. Town have been using more compact lineups recently, most recently with a 4-3-3 that has allowed their system to thrive.

Betting Trend: The home team between these two sides in Premier League action has never scored a goal. All 12 goals (in seven matches) have been scored by the away side.

Head to Head: This weekend’s trip to Selhurst Park will be Huddersfield Town’s first road matchup vs Crystal since the opening game of the 2017/18 Premier League season. Huddersfield Town won 3-0 in what was the club’s first EPL match.

Aaron Mooy has a 26 percent chance to score for Huddersfield. Mooy averages 2.24 shots overall, 0.77 shots on goal per and 0.3 goals per sim.

Michy Batshuayi has close to a 43 percent chance to score for Crystal Palace. He averages 2.1 shots overall, 0.96 shots on goal per and 0.55 goals per sim.

All the side value in this matchup is on the draw or Huddersfield to remain competitive. Whereas offshore odds give Palace close to a 69 percent chance to win, they win just 55 percent of AccuScore sims. Palace’s average margin of victory is +0.76 goals.