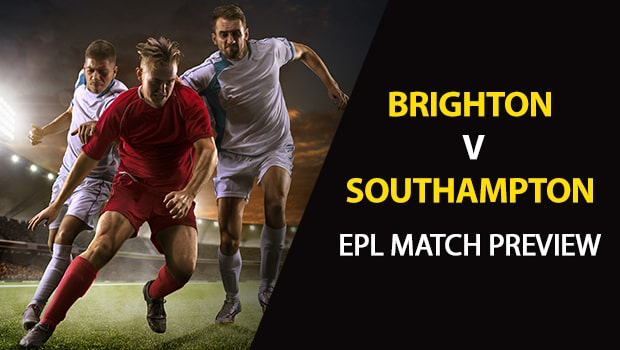 Brighton & Hove and Southampton match up this Saturday at The Amex in a fixture that AccuScore has some side value on. These two sides sit No. 15 and No. 16 in the league standings, respectively.

Betting on the Draw: Odds indicate there’s a 32 percent chance the match ends in a draw. There’s a draw in 34 percent of AccuScore sims, suggesting some added side value on the draw.

Head to Head: These two sides last met in September 2018 when they finished in a 2-2 draw.

Charlie Austin is projected to lead the way for Southampton. He averages 2.15 shots overall per sim, 0.84 shots on goal per and 0.17 goals per sim. He has a 15-to-16 percent chance to net the ball on Saturday.